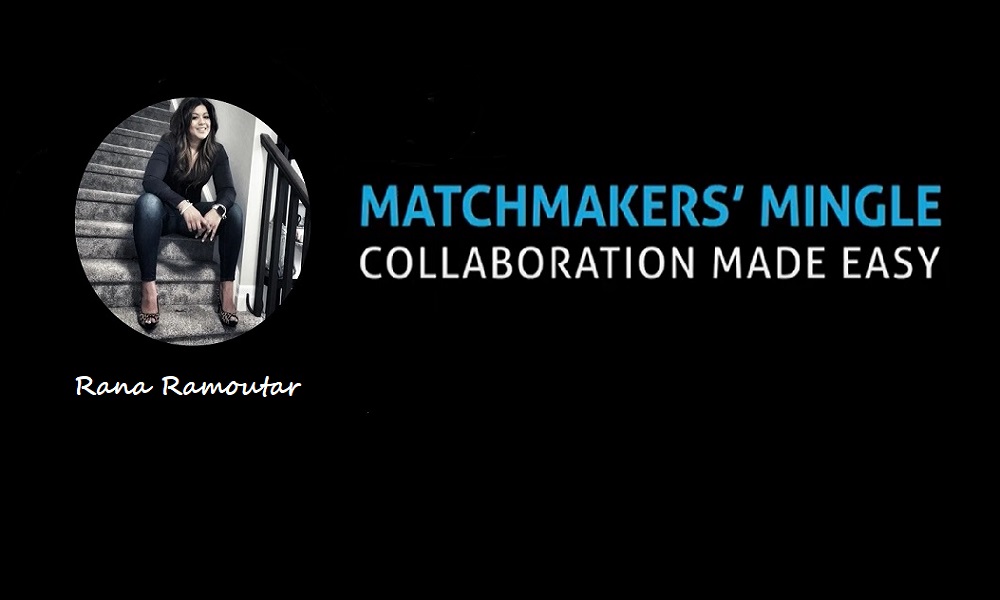 After a 15-year relationship, Rana Ramoutar, found herself single at the age of 40. Having been dedicated and loyal for 15 years, she was now nervous about how to get back into the dating scene. Like many singles, she didn’t even know how to flirt anymore. But she knew being single for the rest of her life was not for her. Who knew at that time that the first true collaboration tool for matchmakers was in her future.

So, she tried online dating and going out with single friends hoping to find love. Online dating seemed exciting at first. All the attention from so many men. But she quickly noticed that the process was both mentally and physically draining. For starters, when she actually met men, they didn’t look like their pictures. Or the men just wanted sex, or they would just ghost her after a first date or two. It became clear, she was attracting the wrong men.

The men were either ones she was not attracted to, or they really weren’t looking for a long-term relationship.

After realizing online dating was not for her, she focused on going out with single friends. When they went out it seemed the main topic was how terrible dating was these days. They tried to meet new people organically, but that was arduous. It seemed people no longer knew how to engage with other people in the real world.

She began to think about her journey and maybe there is a better way. This would become the beginning of her path to becoming a matchmaker.

For the next 5 years she continued, on and off, with online dating along with going out with friends. She met some great guys but although they weren’t for her, they did match well with some friends and family. Finally, after this long journey, she did meet the love her life. Having found him, she now wanted everyone to have what she had found.

She was great at matching friends and family. So, she decided to make it official and became a Certified Matchmaker. Three months after becoming a certified matchmaker, she met a group of local women matchmakers. She was amazed to learn quickly that the matchmaking world was a collaborative, close-knit, supportive, and nurturing group.

It became clear that collaboration is a huge part of matchmaking, but there was no organized system to easily accomplish this. She began to talk to matchmakers all over the world and many felt the same about collaboration.

This new platform makes it easy for matchmakers anywhere to easily collaborate. Unlike traditional CRM systems, this is a true collaboration tool. No personal information, other than the basics, is shared. This eliminates any concerns of unauthorized use of matches. Matchmakers can now have access to a large database, which saves both time and money.

So, a long journey to find love became the inspiration for a tool that truly revolutionizes the matchmaking industry.

For a limited time get a free trial with expert setup