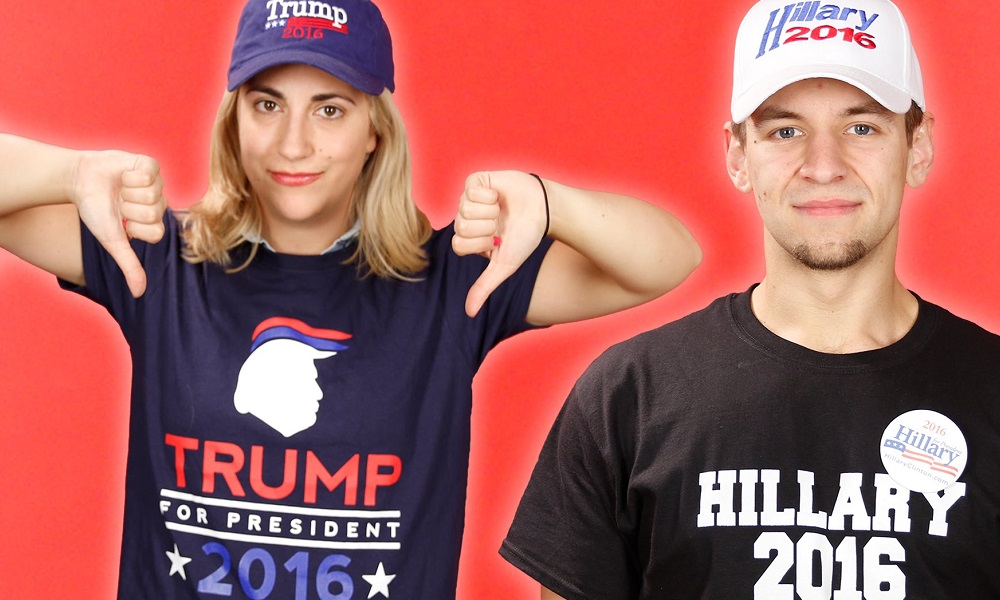 Awhile back I wrote an article about questions you should ask before your first date. One of the topics I touched on was that of politics. My experience meeting so many women taught me that if you and a person you are considering a relationship with are not on the same political page, it may not work. Today, it’s gotten much worse. I now believe that this new political tribalism is making love harder to find.

What am I talking about ? Many people in the U.S. still seem to have not gotten over the fact that Donald Trump won out over Hillary Clinton in the 2016 election.  But it has gotten much worse. We seem to be becoming a nation of political tribalism.

Just look at what happened this past week, both Shania Twain and Kanye West tweeted pro Trump comments and were concerned about the possibility of people might stop buying their music !

What is happening is just saying your political party affiliation now seems to put you in what many call, a tribe. It is more than ideology, it is an almost “you’re one of them” sentiment. We can almost relate it to the Sunnis and Shiites of Iraq. The same people in every way but two different tribes that will never be at peace.

From when I wrote that last article, about 5 months ago, I can tell you things have changed in the dating world. More and more women I come in contact with now ask if I voted for Donald Trump or Hillary Clinton. Others ask if I am a Democrat or Republican.

It used to be a conversation that was something matter of fact but now its like if you are not of the same political party affiliation, it can be a deal breaker. Even if you take the neutral or independent position, some women feel that you are not of good character because you have not chosen a tribe (taken a side).

My most recent experience was just a couple of weeks ago with a woman by the name of Laurie. We connected through match and on the first video chat (those of you not dating, the first calls these days are mostly video chats) about her 3rd question was “now be honest, who did you vote for ?”. The truth is, I didn’t vote because by the time I was free that day, I never would have made it to the voting place before it would have closed. She was not happy with that answer and said that I should have made it a priority to have voted. The conversation went down hill from there and we never spoke again.

This was not an isolated story, I would have to say, it is an issue with well over half the women I now communicate with, so clearly political tribalism is making love harder to find. It almost seems now that I have to feel out the political affiliation and just lie. I guess that’s not the worse thing since I may not be the most straight forward about my true intentions with women I meet.

While I am not the poster boy for morality, what is happening seems almost crazy. People now considering to stop buying an artist’s music, that they loved for years, because of a positive comment they made about the President of the United States, shows something is very deeply wrong. Aren’t we supposed to support the President, regardless of who it is ?

All I know is that what lever a person pulled in the voting booth isn’t a factor I consider if I want to buy their product or in the case of a woman, be with her. Its sad to say but political tribalism is making love harder to find.

How Much Does it Cost To Find The Real Love Of Your Life ?
New Facebook Dating Hinge Lookalike May Finally Stop Catfish But Is There New Risks ?
To Top
Sorry to see you go. Don't miss out on Monthly Insights - Coming back soon !