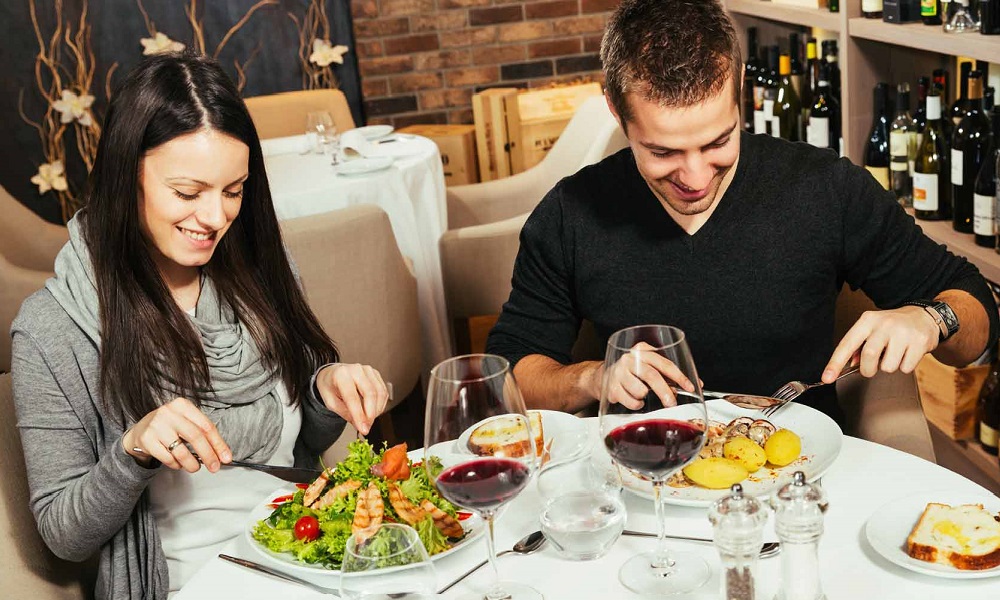 Back in March I wrote an article about the total cost of finding the love of your life. But how much does it actually cost to just go on a date ? It actually comes down to where you live. The surprising cost of dating around the world does vary dramatically.

Just recently match.com (the owner of a number of popular dating sites and apps including Tinder, POF, OKCupid and OurTime) published the average cost of dating by state in America. The variation by state by was huge, to say the least.

When I actually thought about it, that average did seem about right based on a lot of dates I went out on.

If I use the Dating Addict’s first date plan of meeting for drinks and, if it goes well, then dinner that number comes in about right. Now there are more expensive restaurants and if the drinks turn into rounds of shots or exotic rum drinks at a Bahama Breeze, that number will be higher.

New York makes sense as being the highest as anyone who has eaten in Manhattan knows even a hamburger at a lunch place will cost you $15 and those shots of liquor easily $15+ each.

So how does the cost of dating in America compare to some other countries ? Once again, the surprising cost of dating around the world does vary dramatically by country. But as it turns out they’re less expensive compared to the United States on average unless you chose a state in the Midwest or Southeast.

For these other countries average costs, we relied on the World Atlas. London, England came in with the highest average date cost at $121.41 (in U.S. dollars). This is interesting with the U.S. dollar not being quite as strong in buying power vs the British Pound. The cost is about the same as here in Florida.

The least expensive place had an average date cost of $23.04, which is in Mumbai, India. This was far below even the lowest cost state in the United States.

The biggest surprise to me of the other countries was Tokyo, Japan, where everything is expensive. Here the average cost of a date was just $91.18. I am almost wondering is that because maybe they don’t drink as much or they have smaller portion sizes than in America ?

I guess the real story here is if you are actively dating and are meeting just 2 or 3 people a month for a date you could be looking at around $500 a month on average, which is like another car payment.

All I can say is ladies if you get catfished by a guy you may want to be sure he picks up the tab or at least splits it with you.

But, if I had to give some advice here, this is just another reason why a professional matchmaker or dating coach may be a lot more economical in the long run.

New Facebook Dating Hinge Lookalike May Finally Stop Catfish But Is There New Risks ?
Is Dating Now Changed Forever Due To Kavanaugh And Blasey Ford ?
To Top
Sorry to see you go. Don't miss out on Monthly Insights - Coming back soon !