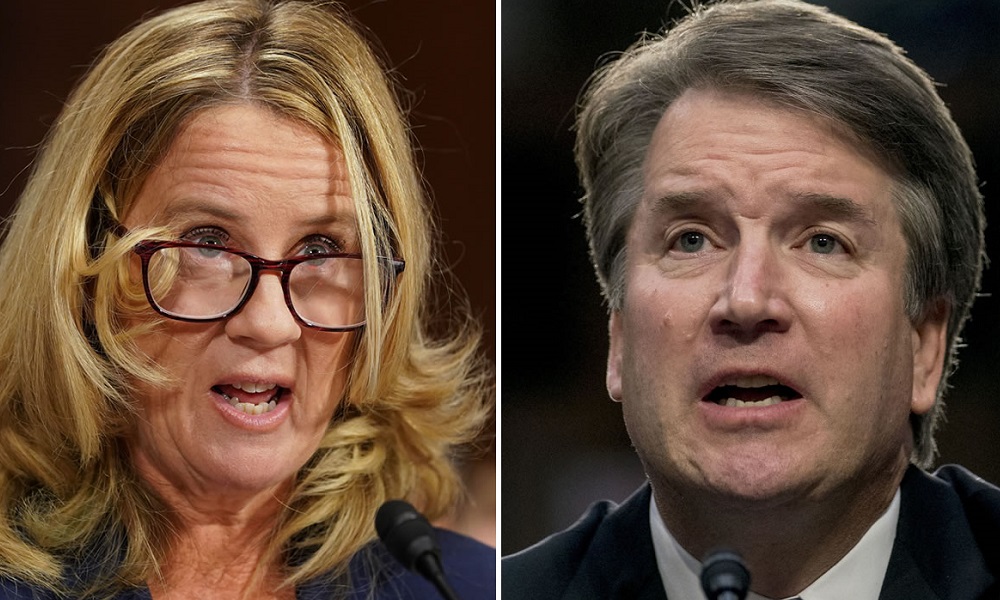 I chatted yesterday with a couple of international matchmaker / dating coach readers who, to my surprise, actually had watched the Judge Brett Kavanaugh and Christine Blasey Ford live testimony before the United States Senate Committee on the Judiciary. I too had watched the entire preceding which literally preempted all TV programming not only on cable news channels but on the major broadcast networks. There are so many questions but is dating now changed forever due to Kavanaugh and Blasey Ford ?

While My One Amor is generally not very political, unlike most of the clearly biased traditional media outlets and digital platforms, we do however weigh in on news items that may have an impact on the world of dating. Not that long ago we wrote about the move to tribalism and its impact on dating.

There is no question that the positive side of all of this is that many women, and even men, who may have been reluctant or ashamed in some ways about a traumatic experience in their past may feel empowered to talk about it now. My good friend shared such a story with me that she had never shared with anyone because of this. That for sure we can thank the courage of Professor Ford who clearly was terrified to testify in front of an intimidating group of “old white men” (as so many have characterized them).

Likewise Judge Kavanaugh’s heart wrenching, almost sensitive at times, but angry testimony had many on the verge of tears. Who would ever have thought we would see a United States Court of Appeals Judge on what some say is the 2nd highest court in America, cry and show such a level of emotion. Clearly an historic day regardless of which side of the issue you come down on.

Now let’s talk about another fallout from all of this as it relates to dating and meeting someone new.

Men should always be respectful of women and no means no regardless of circumstances but can this hypersensitivity be weaponized by a woman who just had a bad date ?

Or has the line moved for a man and woman on a date where they may have had a couple of drinks and fall consensualy into the moment of sex but then have regrets the next day or realize they were part of a one-night stand afterwards ? Can it now more easily be turned into the destruction of another person’s life by the mere allegation ?

I don’t have the answers but some men I have spoken to are now rethinking what to do in a moment of passion with someone new, who they may not know well, or men who are players, now may have some real fear (maybe a good thing)

It does look like after the dust settles we may now all never look at dating the same. Men could very well have reservations of being caught up in the moment, even its totally consensual, because they don’t know what the woman may be capable of if it doesn’t work out later. But what if there is real genuine passion, does this maybe alter what might have been in a new relationship ?

I have talked to and know many people who had sex on the first or second date and wound up in long term relationships. Again, we are not taking a side here but trying to convey that what has happened may be an unintended consequence and influence on how people approach dating. I don’t want to say it may be affecting the natural order of things but maybe for some it is.

The question for women is does this now empower them or weaponize them ? We are all very happy that the #MeToo Movement exists as it has exposed some very bad men who had gotten away with unacceptable behavior for way too long. But where is the line now and is all fairness gone ?

So when asking is dating now changed forever due to Kavanaugh and Blasey Ford ? The answer is probably a big YES. And maybe this will turn into a whole new area of professional coaching for both men and women.

Surprising Cost Of Dating Around The World Does Vary Dramatically
Revisiting The Business Of Love And Relationships Is It Still Growing ?
To Top
Sorry to see you go. Don't miss out on Monthly Insights - Coming back soon !