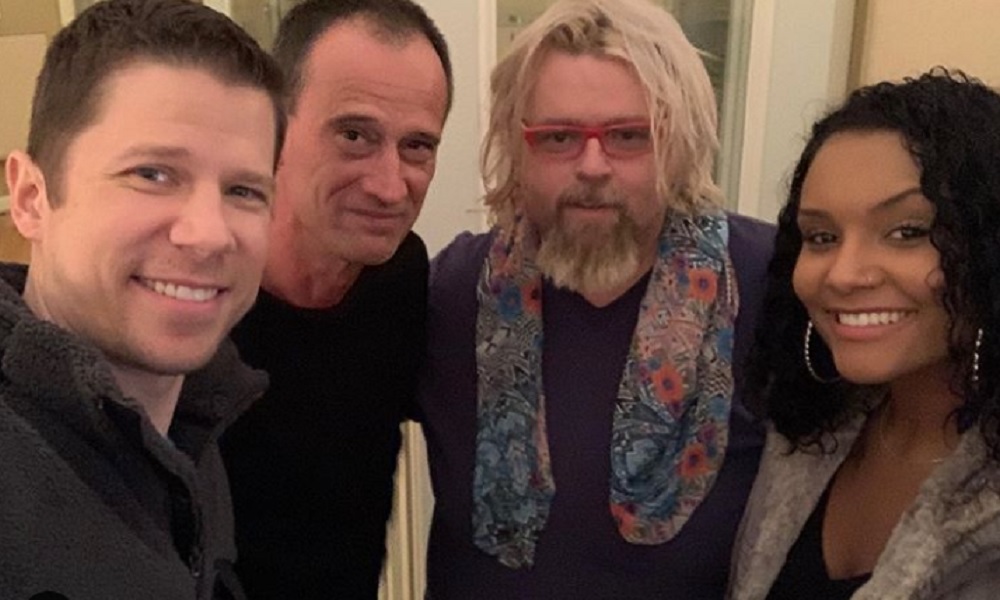 We receive lots of emails about the good and bad of dating. We love to share happy stories. A recent one was from famed hip hop record producer Jonathan Hay sharing how he found his “my one amor”.

He wrote “Your site has been truly helpful, especially with dating, overcoming breakups, etc.”

He continued, “Billboard Magazine just reported about the ‘new love of my life’ a few weeks ago and people have been asking about her… As I said to Billboard, I unexpectedly met the love of my life. I met my one amor when I got off the elevator at the legendary Quad Studios – the same elevator that Tupac Shakur was shot in. It was an immediate and galvanizing connection with her.. right in the heart of Times Square ”.

“It was just a week before that I had made a pact with my childhood best friend that I wasn’t going to be in relationship for at least five years, as I was dialed in and focused on my career. And then boom, there she was – as I immediately wondered where she had been my entire life.”

“With a heavy British accent, I was hanging on to her every word and drawn into her every movement. I felt a huge sense of purpose… and from that special moment in midtown Manhattan, I’ve been relentlessly courting her since. It’s been magic, I’ve hit #1 on the Billboard Jazz Charts, we are currently up for a Grammy consideration. We also signed a new record deal with Fat Beats (Billie Eilish, Mary J Blige) and a major licensing agreement for our music. None of this happens if I didn’t meet her and fall in love with this girl from London.”

Getting a record #1 on the charts and meeting the love of his life all at the same time. Talk about amazing !

Jonathan is most known for his work with “Pon de Replay”, the debut single from Rihanna.

The beauty of finding love is you’ll never know when it may happen. And, in this case, even when you said you wouldn’t be in a relationship.

We wish the best for Jonathan and his my one amor !

Hip hop record producer Jonathan Hay sharing how he found his my one amor.

More Men Looking For Russian Or Ukrainian Women
Revisiting The 3 Valentines Days Celebration For 2020
To Top
Sorry to see you go. Don't miss out on Monthly Insights - Coming back soon !