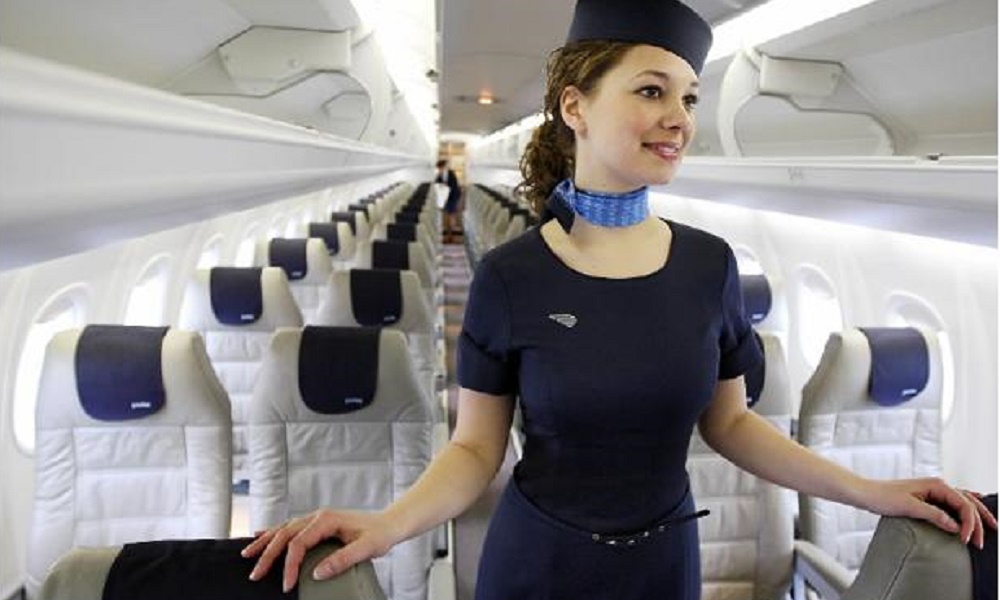 I was now really starting to enjoy this whole online dating thing. It sure beats the bars as I can find someone just about anytime from anywhere, right from my phone. Just when I thought I had seen it all yikes dating a flight attendant was like nothing else I have ever done before.  Her name was Nikki and we met through match.com. She actually contacted me as someone who came up on her daily matches.

As timing would have it when we first communicated, she was about to be leave for 7 days of flying, including Europe. I didn’t know much about the life of a flight attendant but was not about to get a crash coarse. Her schedule had her generally flying 7 days then off for 5 days. On the surface this seemed kinda cool as I could envision myself seeing her when she was home and then someone else while she was away for 7 days at a time. So maybe it was yikes dating a flight attendant for good reasons.

Over the next 7 days we found ourselves talking and texting at various times when she was changing flights or staying overnight at hotels. The biggest challenge was when she was overseas due to the time difference. We did get plenty of time for talk sometimes for hours as a time. I really was starting to like her but always had in the back of my mind her sleeping with some pilot at one of these far away random hotels during a layover.

We began talking on a Sunday and now, a week later, it was Sunday again so she was finally on her way home. We decided that we couldn’t wait to see each other and would meet that evening. She asked that I meet her for drinks at a bar near where she lived which I totally had no issue with.  I found myself genuinely excited to see her. Maybe not running out and meeting someone right away was not a bad idea as it gave some time to get to know someone. Although, if I was about to be catfished this would have been a huge waste of time.

I arrived a little early. We had agreed to meet about 8 pm. She walked in about 8:10 and wow, she looked a lot better in person. We barely got a hello out of our mouths before we were kissing. It seemed getting know each other as well as we did during the past week had really broken the ice. We had a couple of drinks, lots of kissing and great conversation.

It was now about 10:30 pm and she asked if I wanted to go back to her place for another drink. She said it didn’t mean anything other than a drink but I think we both knew what it meant. I followed her back to her house which was about 5 minutes away.

We barely made it in the door before the clothes were coming off and we were in her bed. She was a really sensual woman and we made really passionate love with lots of foreplay. This was really incredible. She said I should just spend the night and leave in the morning early as I had to work.

I had a little trouble sleeping since I was in a strange place with someone I had just met. I found myself again having those same thoughts about unprotected sex, except now yikes dating a flight attendant could mean who knows what when it came to STDs, like random pilots in hotels all over the world. I was definitely a little unnerved.

I found myself touching her again about 5 am and she was definitely liking it so we made love again.

It was now about 6am and I needed to go home for a shower, change of clothes and head to work.  I knew we were going to see each other again for sure.

Find Out If Someone Is Serious – Actual Online Conversation
The One Thing You Need To Know To Find Love Now !
To Top
Sorry to see you go. Don't miss out on Monthly Insights - Coming back soon !