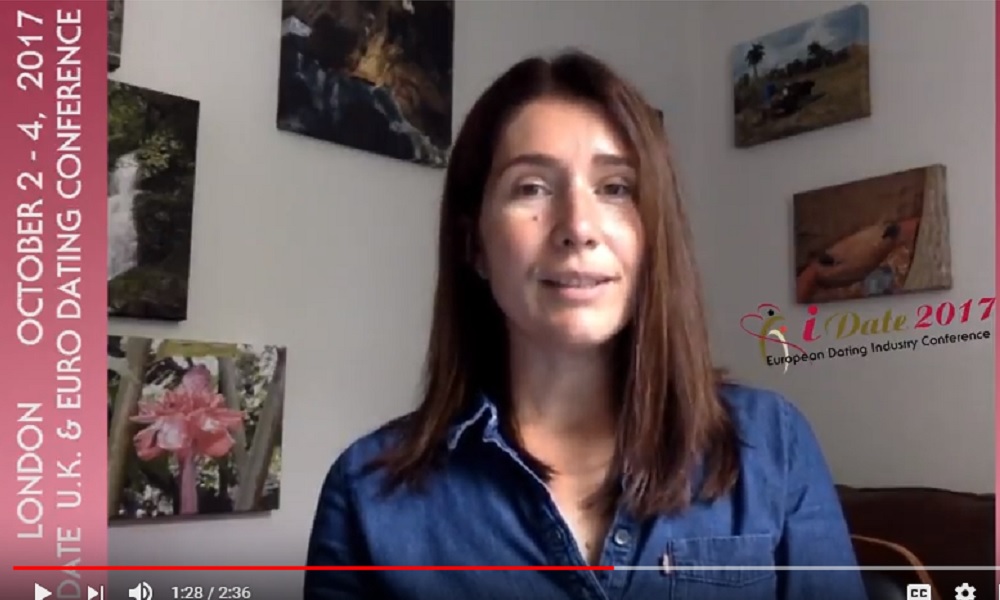 Here at My One Amor we are not about advertising or promotion, just straight talk. We receive no advertising or marketing dollars of any kind. Our contributors are not compensated nor do we accept any compensation from them. We have covered a couple of iDate conferences and can see a definite direction change. It seems the headline is IDate 2017 London More About AI & Chatbots Than Dating.

The term AI refers to artificial intelligence and chatbots are the latest new social form of interaction. Most experts believe that chatbots will be the format of all social media platforms and many apps in the near future.

Now back to the iDate 2017 London conference. The format was split between dating and matchmaking. There were simultaneous presenters for the dating category and matchmaking. This makes a lot of sense as matchmakers and dating apps sites are not necessarily serving the same market.

On the matchmaking side, there was no real startling revelations as far as new ideas or, for that matter, technology. Matchmaking and date coaching is primarily a hands on business so AI and chatbots, while cool, are not front and center typically. There was one exception that we liked on the matchmaking side which we’ll get to below.  So the action was definitely on the dating side. The Matchmaking Institute had pre-conference classes as we have seen at other iDate events.

The theme at the iDate 2017 London conference was more toward expanding dating businesses in other parts of world, some of the new technology, centered more around Europe. Facebook and Microsoft both had speakers at the conference. Here are our high and low standouts:

The Managing Partner, Tanya Larsen Fathers, is pictured above. This is a private investment fund and business incubator based out of Switzerland. They look impressive and appear to be very interested in the dating space. May be a great place for niche dating apps to seek some funding.

This company offers franchising throughout the UK to be in the matchmaking business for about $10,000. The idea is one that a number of people have talked about. This is the first one we have seen that appears to be trying to make a go of it.

Although their website was in French, the concept is great. Many people have difficulty communicating when it comes to dating. If we think about politicians and celebrities, people write their speeches. This service writes the communications for you. It is novel as what you say early on may make a big difference.

This is a very successful Asian dating app. Following this business model definitely appears to be a way to break into the Asian markets but much could be adapted to other countries.

Although geared more to the European markets, there is lots of great common sense ideas about protecting yourself. Dating financial scams are a huge problem. The company looks and sounds very knowledgeable so may be helpful.

This is a company who runs themed dating sites that caters to people single on holidays, redheads (Gingers) and Star Trek fans, just to name a few. We have seen lots of these themed type dating apps on Instagram and Twitter. We did notice that their Twitter account was suspended so not sure what that means.

Aside from its name sounding like its affiliated with iDate, the International Dating Academy had perhaps one of most outdated and slowest loading websites we have seen in this industry. While it appears to be reputable, from the 2013 copyright on the bottom of the page to the planning to introduce new courses in the U.S. in 2015, saying it’s out of date would be kind.

Online dating and apps, love it or hate it, are big business. Match.com or technically IAC Match Group has over 45 brands with dating sites in 190 countries in 38 languages. They are the leader by miles.

See everyone in Miami !

The Business Of Love And Relationships – Growing Or Slowing ?
Phubbing: Science Behind Why It Is Hurting Your Relationship
To Top
Sorry to see you go. Don't miss out on Monthly Insights - Coming back soon !