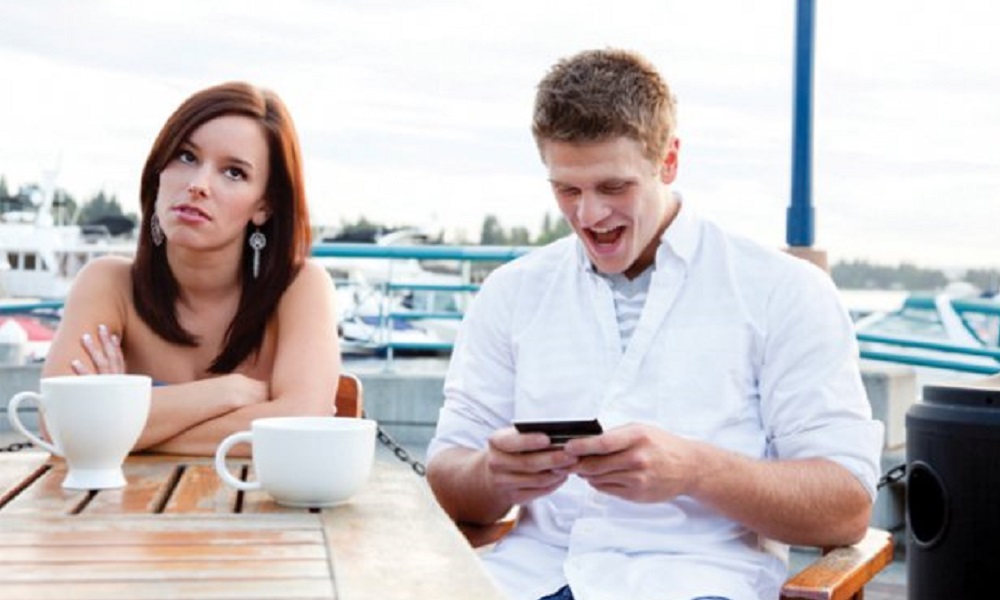 Regardless of where we go, walking in the park or eating at a restaurant or just about anywhere, we see people staring at their phones. It could be a text or scrolling through social media or looking at a photo album, regardless we all seem to do it. So lets get into phubbing science behind why it is hurting your relationship

Phubbing is the habit of snubbing someone in favor of looking at a phone. Right out of the gate the answer seems yes about if it hurts a relationship. When someone is engaged with their phone they are hardly paying close attention to what another may be saying or even their surroundings.

There is now science to back up the fact that people who are sometimes more preoccupied with their phones then their own partner, can lead to relationship dissatisfaction. Not to mention the obvious conflict over the phone itself. Studies also show that just having a phone out during a conversation may lead to a feeling of not being as close, especially if the person picks up the phone and looks at it.

In more extreme cases, the person actually becomes jealous of the phone as it seems more important, not to mention just annoying. This usually occurs when a person is having a meaningful conversation and the other person picks up their phone and looks at it.

I get the whole it’s a business day and you get emails on your phone, the issue is ignoring someone who you care about or interrupting a conversation mid-sentence.

Also, what about those first dates and how you feel about someone looking at their phone ?

The other horror is texting while driving or even walking. A woman in NYC fell into an open cellar while being distracted by her phone.

The good news is that more and more people are starting to understand that putting the phone away during dinner or any one on interaction is a good practice. Another sensitive time is when the person you are sleeping next to is staring at their phone in bed. Yikes

The irony of all of this is that the device that is actually supposed to keep us connected may also be separating us.

I think when you are with someone you care about and in conversation, put the phone away. They’ll always be time for it later.