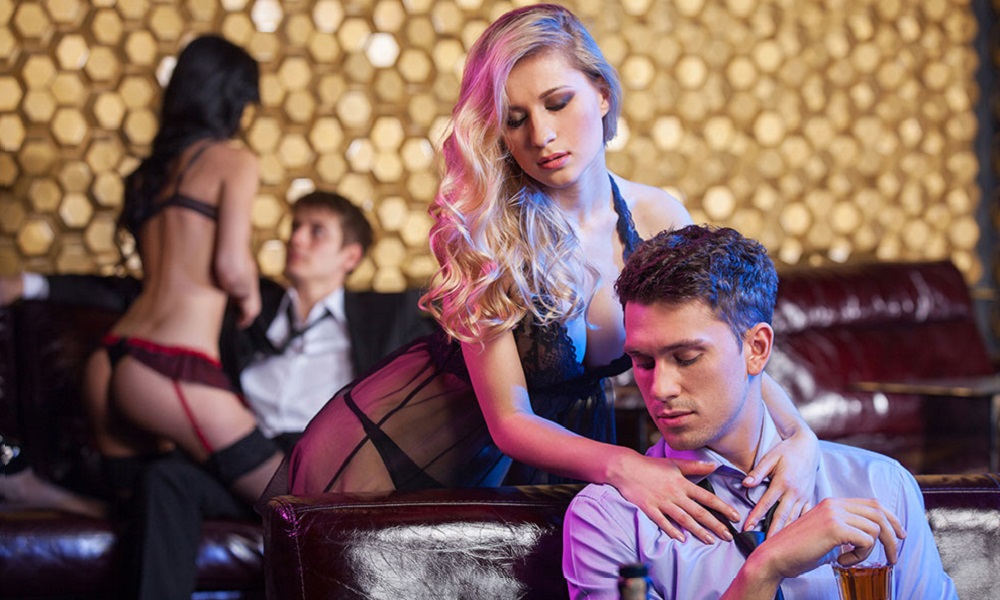 Like the April story said, I think some younger women become strippers (exotic dancers) for what may be the right reason, a way to make cash money quickly. But the lifestyle that they are sucked into can be one that will change someone very quickly for the bad.

Her name is Becky and she was the youngest woman I ever dated in the past 3 years. We didn’t meet on a dating site but in an actual strip club. I wound up in the strip club from a double date I was on with a woman I had met online and another couple who invited us. It was not my first choice for a date, but I took one for the team.

Becky, who used a different name in the club (stage name) appeared to really want to entertain us and even wanted to hang out for no charge. I could sense her interest in me was more than just professional and my date was distracted a lot by her friend, so Becky could convey her interest in knowing me more outside of the club. She took my phone and keyed her number in as a contact. Kind off novel I thought or was it something that she did regularly ?

We wound up leaving the club around midnight and I spent the night at my date’s house. And yes, we did have sex.

Later the next day I sent a text to Becky who responded almost immediately. We spoke that night and really hit it off. She was a college student trying to save money. She had only been dancing for about 3 weeks. We agreed to meet for dinner the next night. She was under 21 so we couldn’t go to a bar. It was very memorable to say the least.

Becky told me that working at the club was very difficult, but she didn’t want to stop because there was no other job that could pay her anywhere even close to what she was making and had the flexible work schedule.

We had a great date, lots of kissing and touching but no sex. We talked a lot over the next couple of days. Most of our conversations where focused on her work experience of the night before. Just having someone to share her stories with seemed to make her feel better. The emerging theme was that she felt that men were just dirty and was beginning to feel like she was losing her self-esteem from being called so many terrible things not only by customers, but the club management.

We met again, and she spent the night at my house. We had great sex, but she said she was having lots of trust issues with men. She felt that maybe all men, deep down inside, were just like the “creeps” who came into the club. She wanted me to take care of her, as in financially, so she could quit the club. She also wanted a baby, yikes.

For whatever reason, we connected very well, and the sex was great, so we continued to see each other for a couple of weeks but it started to go bad.

One night we agreed to meet another one of her dancer friends who was into drugs. It became clear to me that Becky was also into it as well. She said it was something that she just started doing since working at the club. She also wanted us to do a 3 way as she admitted she had been having lots of attraction toward women since working at the club.

I certainly wasn’t going to say no to the 3 way, which was amazing, but that was going to do it for me as far as seeing Becky. It looked like she was headed down a bad road. And about 3 weeks after that I got a call from her crying saying she had been arrested, been in a car accident and just wanted to talk.

I agreed to see her one more time, wow what a damaged woman. She said over and over again she wished she had never set foot in that club and how it had ruined her life but now couldn’t afford to quit (it appeared she was addicted)

Again, all I can say is, wow what a damaged woman my true story of dating a stripper is one that maybe I wish I could forget.

Continue Reading
You may also like...
Related Topics:Featured, stripper

You’re Dating Again So When Do You Have Sex ?
Speed Dating Is Alive And Well For 2018
To Top
Sorry to see you go. Don't miss out on Monthly Insights - Coming back soon !