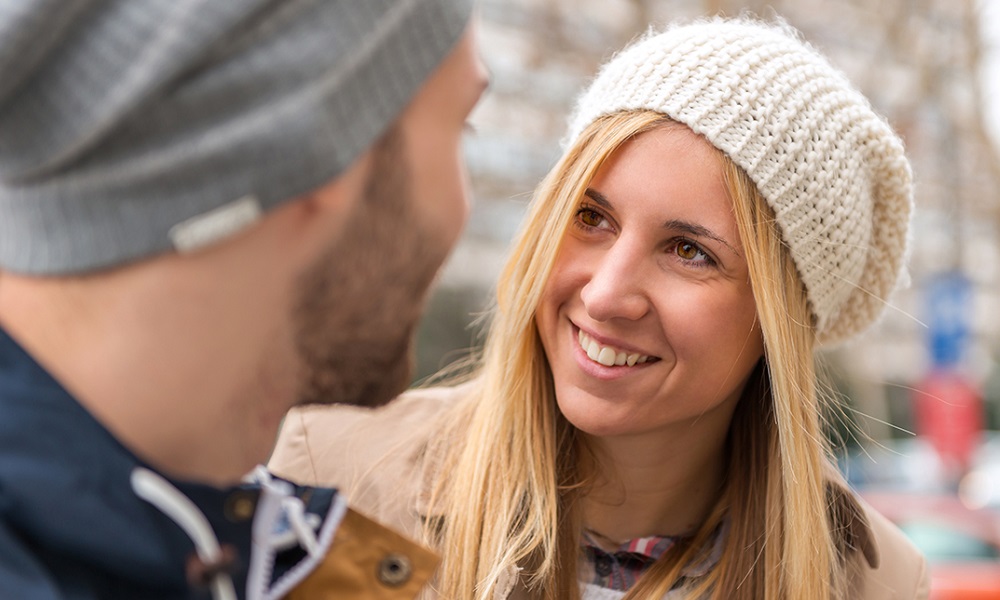 While I have not revealed my exact age, readers may be able to guess from my postings. Hint: I did say I was married for 13 years and was in a 10 year relationship. I was now facing the question, is dating a younger woman good or bad ? Still not quite sure if I have the best answer so let me tell you my story about the first woman I dated from online dating who was a lot younger.

Her name was Sue and she was 28 when we met. She was out of my stated age range on match.com but I saw she had two younger kids and I have a younger child so maybe pulling the good dad card would work. I broke my own protocol and wrote her a long first message. I knew the area she lived in very well so I commented how much I liked the area and talked about her kids. It worked ! She responded and included her phone number without me even asking. I immediately sent her a text and she responded saying we could talk later in the day.

To my surprise she actually called me first. I answered and my first impression was she sounded young like an LA valley girl with the use of cool, awesome, wow. As the conversation progressed she was a dedicated mother and my age did not bother her as she was definitely looking for a father for her kids. It seems the father was not very active in their lives and she wanted the whole family life.

We spoke several times over the next couple of days with lots of texts in between. I wanted to show her that I was serious about her. It took almost a week but we finally planned to meet for a drink at a Chili’s near where she lived. She had to get a babysitter so it didn’t look like were going to be able to meet for long.

I got there first and when she walked in all I could think was young and hot. She was absolutely gorgeous. I can say for sure this was the first date I was actually a little nervous as I never thought I would ever be dating someone this much younger. So I thought again, is dating a younger woman good or bad ?

She mentioned that she only had 2 hours including travel time so this was going to be a short date.

We were there at happy hour so it was 2 for 1 drinks. We went through 2 rounds pretty quickly. I was not finding any opportunity to touch her or kiss as the conversation was pretty fast paced. And before we knew it she said she had to go so I paid the tab and walked her to her car.

We talked by her car and so this was it, now or never, go for the kiss. I just reached for her face and leaned in for the kiss. Success !! She was good for it and we kissed a couple of times and then she was off.

On the way home I was thinking imagine having sex with a hot woman this young.

I text her later telling her how happy I was to have met her and hoped we could see each other again. This was it, another moment of truth, what would she say. She replied that she had a good time and wanted to see me again. YEAH !!

We talked over the next couple of days and it became clear that between her work and kids, she did not have much free time. To my surprise, she decided that we could meet in a park with her kids for the second date but we could not touch in front of them. At least I could see her again.

It went great and she saw that I was good with kids which made her like me that much more.

For our third date she had a short period of time during the day and wanted me to come to her house so I figured this might turn into sex but another surprise. Again, limited time and she told me right away that she was on her period and had no problem with oral sex which she did.

We now planned our fourth date, this time an overnight at my house with her kids so I knew this would most likely be sex. We had ice cream with the kids and eventually they fell asleep.

I started with oral sex on her, as I couldn’t do it the last time since she was on her period. She got off and said no man had ever gotten her off in her life with oral sex. She was amazed but I was thinking she was just 28 and had not been with many men.

We finally were together after 4 dates and it was great !

We went to the beach with the kids the next day and had a great time. But it was short lived. Over the next couple of days I found myself asking, is dating a younger woman good or bad ? I decided bad as too many things would just crop up over time related to our age difference. So back to the dating sites.

Part 9 – Dating Someone Who Doesn’t Drink (Recovering Alcoholic)
Part 11 – Dating Someone With A Very Young Child Can Be Amazing
To Top
Sorry to see you go. Don't miss out on Monthly Insights - Coming back soon !