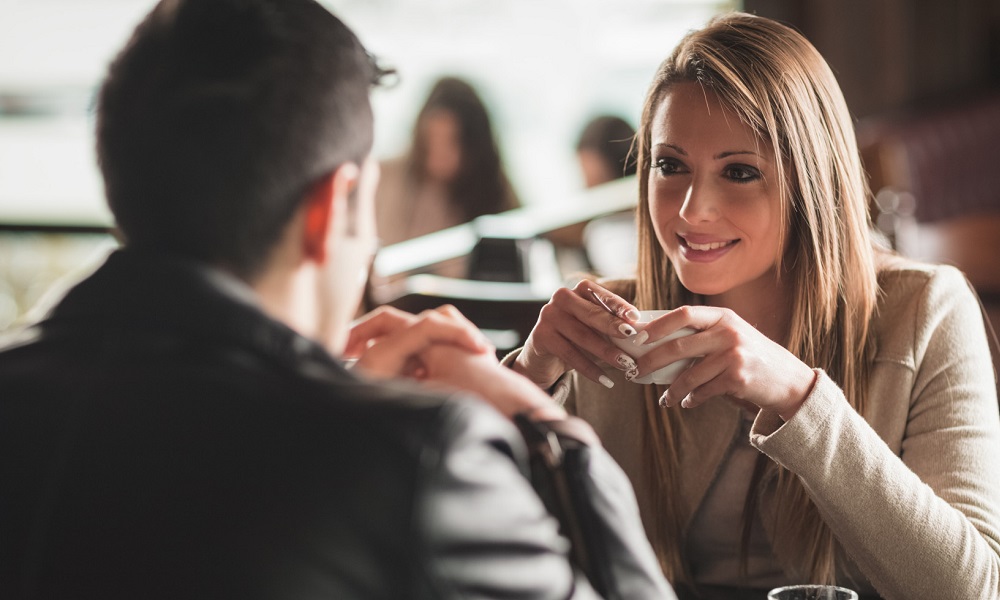 I am not a big drinker. I guess the term is social drinker. I can take it or leave it. But I learned it can be different dating someone who doesn’t drink (recovering alcoholic). I met a woman through match.com and didn’t pay any attention to the part of her profile that said she never drank.

Her name was Nell. As usual I met her at a bar / restaurant. I arrived a little early, sat at the bar and ordered a beer. She arrived about 10 minutes late.

She looked great ! She sat next to me and when the bartender asked what she wanted, she said “just water”. I was initially a little surprised and  asked “You don’t want a drink ?”. She replied “I don’t drink. You didn’t see that in my profile ?” I answered “No, I didn’t notice”. I then asked “Is it ok that I am having a beer ?” She said “Sure, it is fine”. I felt kind of stupid and a little awkward but it was all ok.

She began to tell me about her past and some depression that drove her to drink heavily. It ultimately cost her a job, a marriage and got her a D.U.I. After that she joined AA and had been sober for 5 years. She explained her whole sponsor relationship and so on. I had never personally known anyone in her situation or much about it, so it was all very interesting. I did like her and it dawned on me that the fact she didn’t drink at all was not an issue. It seems that Dating someone who doesn’t drink (recovering alcoholic) is not a big deal at all.

Our conversation turned more about relationships and we shared a few online dating stories. Soon we had our first kiss and this was turning out to be a great first date. We did not have sex till the 2nd date.

We would ultimately wound up seeing each other for about a month. She had to attend AA meetings twice a week. I met her sponsor who was a great person. We were able to be together in many social settings where other people were drinking and she was 100% fine. I really liked Nell. She was a great person who had pulled herself out of a bad situation and had taken control of her life. My perceptions of people with prior drinking problems was all wrong. Life is about learning new things. Dating someone who doesn’t drink (recovering alcoholic) was just like dating anyone else, except they don’t drink.

Attention Men and Ladies Some First Date Bad Ideas
Part 10 – Is Dating A Younger Woman Good or Bad ?
To Top
Sorry to see you go. Don't miss out on Monthly Insights - Coming back soon !