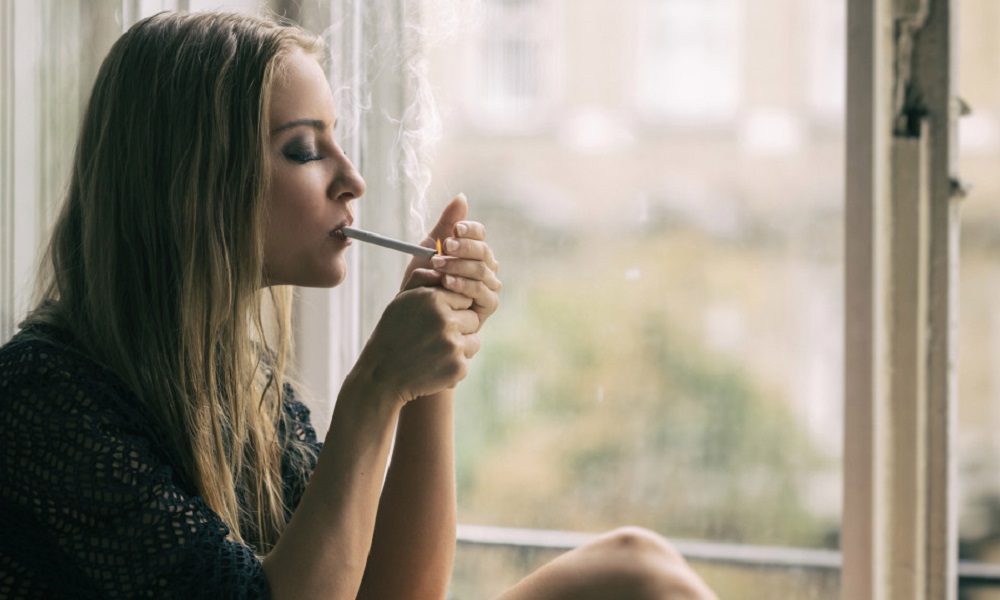 Being a non-smoker and someone who is not a big fan of second hand smoke, one would think I would avoid dating smokers. After almost 4 years on the dating apps and having met now almost 400 women, I learned quite a long time ago to not rule out women who smoke. For some I’m breaking the dating someone who smokes rule but with good reason. Let me explain.

I came to this conclusion as there are frankly a fair amount of very nice women who just happen to have the bad habit of smoking. What I have found is that most of the women I met that were smokers, knew it was bad and either had tried to quit or wanted to quit. Additionally, all of them were respectful about not smoking in a car or house. Most public places don’t allow it, so the worst part was having to sit outdoors at restaurants or bars. When I just reviewed all my notes, another startling statistic, I had sex with every single smoker I met. Probably more coincidence or maybe they were more attracted to me because I looked past their smoking. Who knows.

So what is it like ? Well, some you could hardly tell, others the smell and taste when you kissed was always there. But again, I come back to, they wanted to quit and were nice people.

One of the smokers I met really stands out in mind. She was a very beautiful, in shape, blonde hair, blue eyed woman. She had several younger children and was divorced from a cheating husband. She had a management job for a major corporation and was college educated. Ok, the rest, 5’8” and 38 years old. 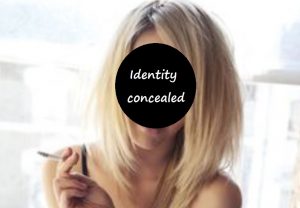 I met her on POF. She was very surprised that I was ok with her smoking. She said she wanted to quit but felt with all the crap she had recently been through with her divorce, quitting was not the highest priority in her life.

We met for drinks at a bar which had outdoor seating. We had 3 drinks and she only smoked one cigarette the entire time. If you’ve read some of my past stories, then you know my kiss when they go to the bathroom routine, etc. She was very affectionate so after the drinks we took a walk at a park next door to the bar that was well lit and had plenty of people around.

We walked, talked and kissed a fair amount, but I realized she was not going to be someone who was going to have sex on the first date. But we did on the second date.

We actually saw each other a total of 6 times, having sex every time but being who I am, I just kind of breadcrumbed her and that was that. But at the end of the day, the smoking was never a big issue. She chewed gum and was very respectful about her smoking.

I guess it’s a personal choice and for some, something you can’t get past. But I will tell you this, if you’re not sure 100% about ruling out smokers, then when you set up your profile on dating app, don’t check the no smoker box. You won’t have to worry about breaking the dating someone who smokes rule since you won’t have one.

Remember, you could let a nice person slip away who may wind up ultimately not being a smoker in time anyway. And I get it, if they’re coughing all the time or have that raspy rough smoker sound that might be someone even I would take a pass on.

Real Life Experts Reveal Choices For Best Dating Apps In 2018
7 Reasons Why Men Don’t Want To Pay On The First Date
To Top
Sorry to see you go. Don't miss out on Monthly Insights - Coming back soon !